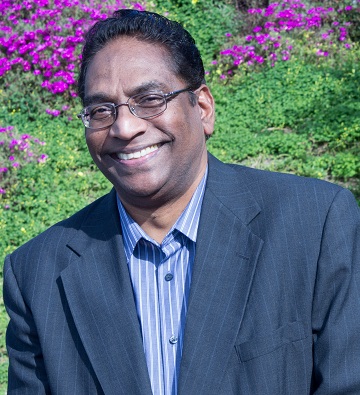 Dr. Prasad Manchem is a founding member and Chief Executive Officer at Triangulum Biopharma. Prior to joining Triangulum Biopharma, Dr. Manchem served as founding Vice President of Research at NextGen Linkers Inc. He was responsible for the discovery of antibody drug conjugate drugs with novel linker technology platform for cancer, establishing strategic relationship with partners for expanding the linker technology.

Previously, Dr. Manchem was responsible for several preclinical metabolic disease pharmacology projects covering type 2 diabetes, obesity, NASH and endocrine disorders at Ionis Pharmaceuticals, Amgen and Telik. He worked in collaborations with Lilly, Yale University and The Salk Institute. His research led to the identification of three drug candidates which are in clinical development.

Dr. Manchem is an accomplished scientist with over 25 years of drug discovery in metabolic diseases and oncology. He has published over 25 papers, 20 meeting abstracts and book chapters, and a co-inventor of several patents. Dr. Manchem received his PhD in Biochemistry and Molecular Biology from Madurai Kamaraj University, India and postdoctoral training at The Salk Institute in La Jolla, California and Fels Institute for Cancer Research and Molecular Biology in Philadelphia, Pennsylvania.

At Triangulum Biopharma, having directly worked on drug discovery and development, we understand the dynamics of the process. We understand what is needed, how fast it is needed, and how to help design the studies to obtain rapid and clear answers to our clients.